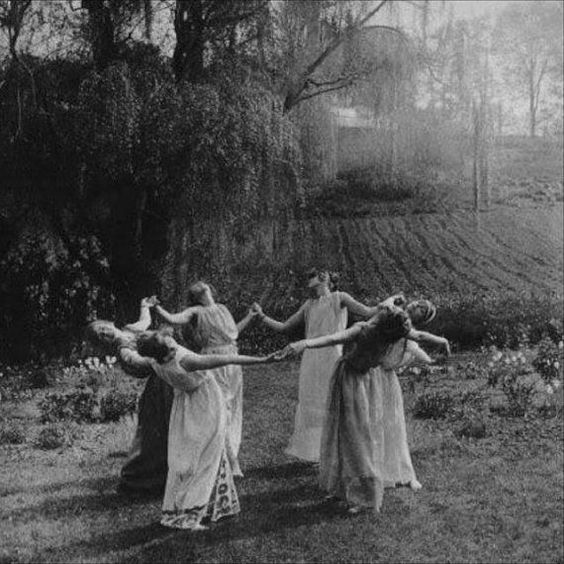 Hi, my dears and welcome to WiccaNow. I’ve been going over some of the basics about Wicca recently, like these posts on what Wiccan beliefs are, the Wiccan Rede, and some things to research as a beginner witch. Today I want to answer a question that I get asked a lot, namely “what is Wicca actually?”. Read more below to find out!

So, Exactly What is Wicca?

If you’ve been reading through forum posts or message boards online you may have come across some rather conflicting information regarding the question of ‘what is Wicca’. While some people seem to believe that Wicca and witchcraft are one and the same, others state that the two have nothing in common. To read more about the difference between Wicca and Witchcraft, read here. There are people who suggest that Wiccans practice dark magic, others who think that Wicca is part of the Occult and still others who confuse Wicca with Paganism. So what, if any, of this information is true? Well, in fact, none of it is!

Wicca is neither the same as witchcraft nor is it in any way associated with the occult, dark magic or any form of satanic worship. Although there are some connections between Wicca and Paganism, the connection here is also not as clear as some might like to think. So, all of this brings us back to our original question of ‘what is Wicca’?

“Wicca is a modern-day, nature-based religion. Though rituals and practices vary among people who identify as Wiccan, most observations include the festival celebrations of solstices and equinoxes, the honouring of a male god and a female goddess, and the incorporation of herbalism and other natural objects into rituals. Wiccans practice their religion according to an ethical code, and many believe in reincarnation”.

Ok, so maybe answering the question of “what is Wicca” is not as complicated as initially thought. But wait, if Wicca is a modern religion, when exactly did it first develop and who were the first Wiccans anyway?

A Short History of Wicca

Wicca is actually a very new religion and was started in the 1940s/1950s by Gerald Gardener (1884–1964). Gardener was an amateur anthropologist and archaeologist who developed an early interest in indigenous people and their magical processes.

During the 1930s Gardner claims that he was initiated into the secret ‘New Forest coven’. He believed that the New Forest Coven was a hush-hush pre-Christian coven discussed by Margaret Murray in her writings on witchcraft. Using the knowledge gleaned through his membership in the New Forest Coven, combined with rituals and ideas borrowed from his knowledge of ceremonial magic and Freemasonry, Gardener founded the religion known as ‘Wicca’.

On a side note, isn’t it fascinating that Wicca, often associated with women in general and feminine energy, was actually founded by a man?. Also interesting to note, while Gardner claims to have been part of the New Forest Coven, there is conflicting evidence whether this is true or not.

Although Wicca was founded by Gardener, Wiccan religion actually has no central authority figure or ‘God’. While it’s true that there are a number of core Wiccan ideas and rituals, the religion sees itself as duotheistic and decentralised. As such, there are many different lineages and traditions to choose from depending on which coven, location or organisation one chooses to belong to.

It should be noted that Wiccan’s who follow ‘British Traditional Wicca’  (as initially developed by Gardener) consider the term of ‘Wicca’ to be applicable only to themselves and others who follow a similar tradition. They do not consider newer, more eclectic covens and practitioners of Wicca to be ‘Wiccan’. I think it should be pointed out at this stage that although there is a lineage of Wiccan tradition and some practitioners of Wicca who seem quite set in traditional ways, there also exists a host of more modern literature which opens up Wicca to everyone, from the sole practitioner all the way through to eclectic covens and gatherings.

The guiding belief of Wicca follows that as long as you harm no one, you are free to do as you will. This means that anyone can identify as a Wiccan so long as they respect the Wiccan rede.

What is the Wiccan Rede?

The Wiccan Rede is a written statement which provides one of the core moral guidelines for all Wiccans. A shorter version of the Rede states ‘An’ ye harm none, do what ye will’.

The full version of the Rede was first recorded in a public talk by  Doreen Valiente in 1964. It’s difficult to date the Wiccan Rede as the text appears to have been edited and added to by a number of different authors. For most Wiccans, the Rede is simply advice and does not take the form of ‘commandments’.

Some Wicca also chooses to follow other texts and ignore the rede completely.  Yes, I know this contradicts my earlier statement that in order to identify as ‘Wiccan’ one should follow the rules of the ‘Wiccan Rede’ but it just goes to show how open to personal interpretation the Wiccan religion is. Some Wiccans claim one idea, others align with a completely different set of concepts.

In the end, it seems its completely up to you what you choose to believe or follow as a Wiccan so long as you ‘do no harm’. Haha, another moral code to be followed. I promise this one really is one of ‘the’ basic tenants of Wiccan religion though!.

How to Become a Wiccan?

As you may already now know, Wicca is very open to personal interpretation and unlike other, more structured and linear religions, the path to becoming a ‘Wiccan’ is highly individual and there is no set ‘path’ to follow. One of the key things that any aspiring Wiccan can do is to become thoroughly familiar with the religion before ‘signing up’.

This might mean reading books about Wicca, surfing forums or Facebook groups and maybe even finding a local coven or other Wiccans to connect with. There are no holy books or specific rituals that one has to learn in order to become a Wiccan. There are no clothes that should or should not be worn, no defined ways of being and certainly nothing to say that you need to be female, in fact, many people who identify as Wiccan are male.

Once you feel comfortable with the primary concepts governing Wicca and feel relaxed with the religion as a whole you should learn some of the primary rituals and ceremonies which Wiccans perform. To live as a Wiccan means to live in harmony with nature and her cycles. This means that you will need to learn about the ‘Wheel of the Year’ in order to know when to celebrate important rituals and festivals.

Wicca is also all about building a personal relationship with the divine. This might mean that you find a quiet place in your home to set up an altar, create a meditation space or take time every day to connect with nature. Again, it’s really up to you, the most important thing is that you begin to actively incorporate the divine into your daily life.

Another important aspect of being Wiccan involves understanding and incorporating Wiccan ethics into your daily life. The cornerstone of Wiccan ethics is the ‘Threefold Law’ which states that all actions will be returned to you threefold, be they good or bad. Learn more about the threefold law here.

To complete your initiation into Wicca you may choose to have a solo self-initiation ceremony or you may take part in one if you have found a coven which you feel comfortable joining. A self-initiation ceremony is personal and it’s really up to you to decide how and when the ceremony takes place. The ceremony should focus on your intention to follow the Wiccan code of ethical conduct and celebrate your appreciation for your now strengthened connection with the divine. If you are being initiated through a coven there will be a set of pre-defined rituals in which you will take part.

What is Wiccan Magic?

Ok so just to avoid disappointment early on, let me point out that Wiccan magic is not about turning frogs into princes (although there does happen to be one famous witch, as reported by the Guardian, who has claimed to turn lightbulbs into frogs).

What Wiccan magic is really about is channelling your intentions until they are so clear that the universe, god or the divine has no choice but to hear them. This is defined by  Aleister Crowley, as “the science and art of causing change to occur in conformity with will”.

Many Wiccans believe that magic is a universal part of nature and that miracles occur naturally and as such are a normal part of the divine expression of life. To view magic in this way removes it somewhat from the ‘hocus pocus’ Hollywood flavoured idea that we may have of it. So what exactly does ‘causing change to occur through conformity of will’ mean?

For many Wiccans, this means defining a clear intention and designing a ritual around the expression of this intention. For example, a Wiccan magic spell might involve the intention or wish for a certain illness or disease to be elevated or removed. To perform a magic spell focused around this intention, a Wiccan might design a ritual featuring a candle and a circle.

This is just a basic example of how ‘candle magic’ might be performed by Wiccans through the use of channelled intention and ritual action. Again, like almost all aspects of the Wiccan religion, the definition of magic and the design and performance of magical rituals is wide open to personal interpretation.

The only correct answer to the question of whether or not ‘Wiccans practice black magic’ is that no, they do not! In fact, the code of ethics by which Wiccans live explicitly forbids the use of black magic through the rede of ‘do no harm’.

Wicca sees itself as a life-affirming religion. Wiccan practitioners understand themselves to be guardians of the natural world, and see themselves as “a positive force against the powers of destruction which threaten the world”. Given this context, it would go against the entire concept of Wicca to practice any harmful magic be it black, satanic or simply performed with the intention of doing harm.

It should also be noted that as Wiccans believe in the ‘Threefold Law’, so any black or dark magic performed by a practitioner would theoretically come back to haunt them in three-fold intensity. Somewhat of a deterrent don’t you think?.

So my dears, I hope this answers your questions of “what is Wicca”.

What is Wicca – Still Want to Know More? Check Out Our Favourite Literature

Disclaimer: We recommend products we love and use ourselves, but please note that if you purchase any of these products, Amazon may pay us a small commission.

Amythest is a true white witch spreading love and light wherever she goes. When she's not in the kitchen blending oils or baking delicious treats for her friends, you can find her walking in nature, communicating with the great divine or perched atop her meditation pillow breathing in and breathing out.

link to A New Moon Ritual For New Beginnings