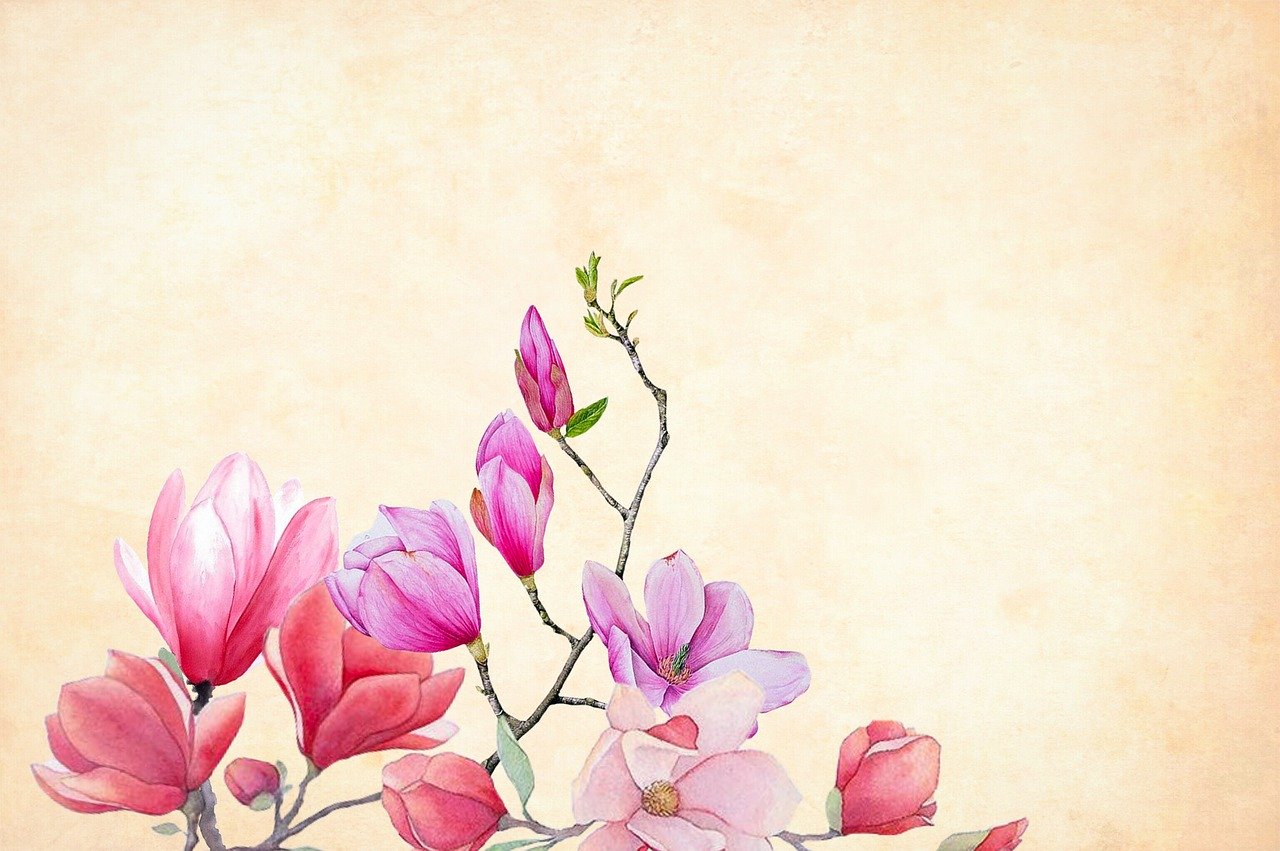 Hi, my loves and welcome to WiccaNow. Recently I talked a bit about one of my favourite sabbats, namely Imbolc. If you’re interested, check out these posts on the history and meaning of Imbolc, some tips on setting up your Imbolc altar, some Imbolc recipes and my favourite Imbolc ritual along with some common symbols of Imbolc. Continuing on from this, I’d like to talk about our next spring sabbat, Ostara.

Ostara falls on the spring equinox, meaning that it straddles the midpoint of the year where the days are of equal length. The spring equinox ushers in the warmer and lighter months of the year, with the days continually growing longer and the nights shorter from this point on until the summer solstice. Did you know that the word “equinox” literally means “equal night”? It derives from the Latin “aequus” meaning equal and “nox” meaning night.

In the northern hemisphere, Ostara is celebrated around the 21st of March (the dates vary a little year to year) or on the 21st of September in the Southern Hemisphere. It represents the midpoint between Imbolc and Beltane and is considered a celebration of the emergence of the world from the cold winter months.

For me, heading out of February and into March heralds the true arrival of my favourite season. I’m a huge spring lover and am always completely enamoured by the neon green shoots and leaves that start arriving in March. While Imbolc tells us that the Winter has come to an end and spring is coming, March IS spring. Because Ostara occurs on the day that light and dark are equal, it is a symbolic celebration of the mid-point between the extremes of the hottest and the coldest seasons.

To Wiccans, the fact that the daylight hours are about to outweigh the night hours is symbolic of the Horned Gods journey from death to re-birth and now indicates the strengthening of his powers as he moves onwards in his yearly cycle. The new green shoots and warmer weather are signs that the Triple Goddess is reaching the peak of her Maiden aspect and will soon join with the Horned God in order to fulfil her Mother aspect later in the year. Ostara is all about celebrating the balance of female and male energies.

Ostara is a gentle festival which aims to capture the child-like joy of the abundance of spring and the end of winter. It’s a time to celebrate that being outside is starting to be more of a pleasure and that the sun finally has some warmth again.

Other Names for Ostara

Ostara can be known by a few different names, these being:

How do you Pronounce Ostara?

This one isn’t nearly as difficult to pronounce as Samhain, which is pronounced very differently to how it’s written. Ostara is pronounced “OH-star-ah”.

Who is the Goddess of Ostara?

This really depends on who you choose to worship. While a lot of Wiccans will celebrate the Horned God and Triple Goddess for this festival, the other Goddess very commonly associated with Ostara is the goddess Ēostre. She is the goddess of the dawn, fertility and growth.

Before the rise of Christianity, which took over and dominated many of the older religions, Pagans would celebrate this goddess of fertility and abundance. She was originally worshipped by Germanic tribes in Northern Europe. Jacob Grimm wrote about here in his book “Deutsche Mythologie” in 1835 and Bede also mentions her in his writings from 725AD.

Fun Fact: Because Christianity realised early on that trying to completely eliminate the old ways might prove very difficult, they chose instead to claim certain rites and festivals as their own in order to absorb and re-brand them and make them “Christian festivals”. Easter is a classic example of this.

There has been some debate about whether this goddess actually existed in folklore or not, as there is little supporting evidence of her worship in older traditions. There is debate as to whether she might have been a Celtic goddess rather than a Germanic one but there is very little evidence for both opinions. Scholars suggest that Grimm was attempting to record verbally passed down folklore which was slowly dying out as the older generation passed away. Despite these conflicting opinions, folklorist Dr Jonathan Young states

“Easter has deep roots in the mythic past. Long before it was imported into the Christian tradition, the Spring festival honoured the goddess Eostre or Eastre”

“Eostre – the Germanic goddess of dawn and fertility, whose name gives us the word Easter – must be pleased. Two millennia of Christianity, and she has yet to be displaced from our annual celebration of fecundity. Easter egg hunts nod to both pagan and Christian traditions. Eggs, naturally, represent birth and they remain a central part of Christian Easter celebrations in most European countries.”

What is the connection between Ostara, hares and eggs?

As stated earlier, there is some debate around whether Eostre was worshipped or not. This doesn’t stop there being a strong connection between her, hares and eggs though. One folk legend, which has been traced to the Ukraine, suggests that Eostre found an injured bird during the winter and wanted to heal it. She turned this dying bird into a hare in order to save its life, but the transformation wasn’t a completed and she left the hare with the ability to lay eggs. The hare was so thankful to Eostre for saving its life that it decorated some of its eggs and gifted them to the goddess.

While this is perhaps a newer rendition of an old folk tale, there have been some suggestions that the hare was the sacred animal of Eostre. Eggs are often linked to the festival because they represent the idea of fertility and new life, two things that Eostre is closely associated with. Painting eggs was apparently an old custom among the Druids so maybe there is something to the idea that Eostre was an ancient Celtic goddess.

What are the common themes of Ostara?

Ostara is closely associated with fertility and re-birth. This means that it’s a time of hope and new beginnings. It’s a great time to purify yourself and your life and to start new projects or to foster new ideas. The balance between the deities is celebrated along with the renewed growth of the earth and the springing of new life. It’s a time for action and a kick in the butt to start taking control of what you want in life by being open to new possibilities.

What are the Wiccan traditions of Ostara?

This festival is a time when you would try to celebrate outside, with many people staying awake in order to watch the sunrise. Fertility rites might be completed and Wiccan may get together to paint eggs and have a festive dinner. Taking a walk in nature, for no other reason than to appreciate its beauty is common.

If you are a blossoming Green Witch, this is the time of year where you would be working with your garden beds. You may want to plan what you are going to plant or even begin planting. This really depends on what kind of climate you live in though. Berlin at this time of year is still quite cold and planting seeds now would just be far too early. Now is the time when you would want to dig compost through your garden beds and start prepping for the planting upcoming sowing season.

Ostara is a time when you may want to try to break free of an old unwanted habit and to plant seeds of new possibilities for what you would like to achieve for the rest of the year. Ostara rituals will often focus on balancing your energies and promoting self-growth and being open to new ideas and possibilities.

Anything that grows this time of year is a wonderful tribute to the Sabbat. Think along the lines of eggs, the first asparagus of the season, crispy baby radishes, leafy greens, dairy products and if you eat meat, maybe a hare or rabbit dish.

Any flowers that are common in spring are a great way to decorate your Ostara altar. Think daffodils, jasmine, irises, violets, hyacinths, jonquils, freesias (these are one of my faves, they smell soooo good!), plum blossoms, orange flowers, flowering quince and some magnolias.

Common colours of this Sabbat are yellows, greens and purples. Most commonly, these would be pastel shades as this is a gentle sabbat of tender new life. As with everything, you can really use whatever colour you like that makes you think of new life and abundance.

Any crystals which help with the fertility and the formation of new ideas and spiritual growth are good here. Always remember that when I talk about fertility, I don’t just mean having a child. Fertility of the mind, of ideas, of the body (in a non-childbearing way), of spirituality, are all parts of the fertility I’m talking about.

Some of these Crystals include:

So my loves, I hope this answers all your questions about our second spring festival! Enjoy your celebrations and I hope springs energy brings you an abundance of personal growth and new ideas.